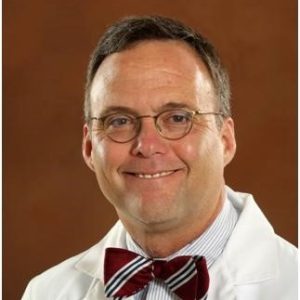 Cam Enarson, MD, MBA was named as Vice Dean for Strategic Initiatives for the UNC School of Medicine effective Jan. 1, 2018. In this role he serves as the executive lead for initiatives which have major strategic importance to the School of Medicine including major building projects (e.g., Roper Hall) and the medical school’s LCME accreditation.

Dr. Enarson is a Professor in the Department of Anesthesiology. He was appointed Senior Vice President, Carolina Value in January 2015 and served as Interim President of the Medical Foundation of North Carolina from August 2015-December 2017. Dr. Enarson continues to serve in an advisory role to Leslie Nelson, appointed President of the Medical Foundation January 2018. From 2011-15 he served as Vice Dean for Finance and Administration, UNC School of Medicine and prior to this served as Senior Advisor to Dean Roper. Dr. Enarson was heavily involved with the UNC medical school’s preparation for the successful March 2012 and July 2020 LCME survey visits and helped lead the institutional self-study.