Finding out that your unborn child might have birth defects is difficult for any expecting parent to hear. But that’s the situation Kristen Gavalier found herself in seven years ago, during a routine pre-natal test with her unborn daughter Tenley.

“The week 18 ultrasound test couldn’t find five fingers on each hand… her right arm looked to be bent,” Gavalier explained. “It looked almost like a club-foot. Then she said that the umbilical cord should have three arteries but there were only two. That in-and-of itself could be an indication that there could be other defects.”

Given that information, she wanted to have the best and most comprehensive care available in-case additional resources were needed. Kristen, from Apex, chose to deliver at UNC Hospitals.

“You just have a mother’s intuition,” Gavalier said. “I felt more comfortable and confident staying at UNC, knowing that they have the NICU there and all the doctors in the world that we could need, if something should arise.”

After delivery, Tenley needed to be resuscitated almost immediately. It was also clear there were other complications that needed immediate attention. 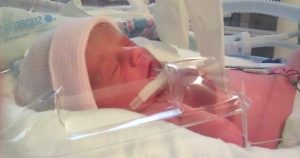 “We made the right decision to deliver at UNC,” she said. “I didn’t have to be separated from my baby, and who knows if I had delivered somewhere with less experience with sick infants if she even would have made it in the transfer to UNC. I was very grateful that we made that decision.”

The next day, Tenley would undergo a nine-hour surgery to help repair her underdeveloped esophagus and trachea.

“It just blows my mind just how tiny she was and to have the instruments small enough and the know how to get to where you need to be,” Gavalier mused. “It’s just amazing to me but she came through surgery with flying colors.” 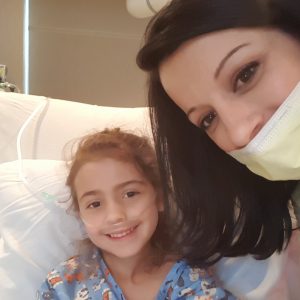 Tenley, Gavalier said, is a straight-A student in the first grade, has now earned an enviable nickname due to her continued perseverance.

“We call her ‘Tenacious Tenley,’” her mother said proudly. “She is determined. If she has something on her mind that she wants to do, it’s just, she has to do it…I get compliments all the time from her teachers about just how sensitive she is to other kids around her. I think she learned that from her own life experiences.”