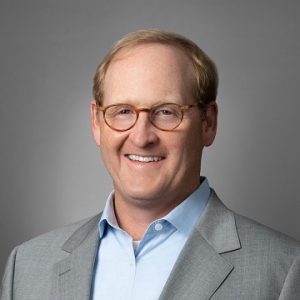 Edwin McMahan, Jr. is a co-founder and partner at Falfurrias Capital since 2006 and has been a managing partner since 2018. Mr. McMahan has been responsible for developing the FCP Industry First strategy and building the FCP team. Along with Marc Oken and Hugh McColl, Mr. McMahan has been a member of the FCP Investment Committee since inception. Mr. McMahan also co-developed and co-founded DealCloud, which was developed in-house to manage FCP’s Industry First deal sourcing methodology and has become the leading CRM, deal sourcing and fund management platform for the capital markets.

Prior to joining Falfurrias Capital Mr. McMahan was a principal at Chicago Growth Partners. At Chicago Growth Partners and its predecessor firm, William Blair Capital Partners, Mr. McMahan was responsible for leading the sourcing, structuring, and execution of investments in business services and industrial growth companies. Prior to joining William Blair Capital Partners, Mr. McMahan served as a Financial Analyst with Bowles Hollowell Conner & Co., an investment bank based in Charlotte, NC.

Mr. McMahan graduated with a BA in Economics and English from UNC-Chapel Hill and received his MBA from The Kellogg School of Management at Northwestern University.